Reports commissioned by Irish Government unveil hundreds of cases of sexual abuse of children by Roman Catholic priests between 1975 to 2004.

Reports commissioned by Irish Government unveil hundreds of cases of sexual abuse of children by Roman Catholic priests between 1975 to 2004.

The independent reports, known as The Murphy Report and The Ryan Report, investigated allegations of sexual abuse of children by Roman Catholic priests over the period 1975 to 2004.

The reports are the latest in a series of sex scandals, many of them involving children, which have caused a dramatic fall from grace of the Roman Catholic Church in Ireland.

Government inquiries established that over 800 priests had abused thousands of children in the Catholic-run childcare network over a period of 35 years. The reports concluded that there is "no doubt that clerical child sexual abuse was covered up" as senior clergy ignored complaints of parents and abusing priests were moved to other parishes to avoid scandal.

Publicly released on 26 November 2009, The Murphy Report concluded that "the Dublin Archdiocese's pre-occupations in dealing with cases of child sexual abuse... were the maintenance of secrecy, the avoidance of scandal, the protection of the reputation of the Church, and the preservation of its assets. All other considerations, including the welfare of children and justice for victims, were subordinated to these priorities."

The Murphy Report, which investigated the sexual abuse scandal in the Archdiocese of Dublin, came just a few months after a similar report by the Commission to Inquire into Child Abuse, which investigated abuses in schools managed by Roman Catholic religious orders and funded and supervised by the Irish Department of Education.

The Commission to Inquire into Child Abuse, which started work in 1999, drew on the testimony of nearly 2,000 witnesses who attended more than 200 Catholic-run schools from 1936 until the 1990s.

The Commission's public report -known as The Ryan Report- was published on 20 May 2009.

The Ryan Report detailed cases of emotional, physical and sexual abuse of thousands of children over 70 years and concluded that many children had been treated more like prison inmates and slaves than people with legal rights. The report also found that the Church consistently shielded paedophiles from arrest amid a "culture of self-serving secrecy", and that government inspectors failed to stop the abuses.


Turning point for the Roman Catholic Church in Ireland

The Murphy Report is the latest chapter of the dramatic fall from grace of the Roman Catholic Church in Ireland, which traditionally had an enormous influence over the Irish society and politics.

The decline of the Roman Catholic Church in Ireland is widely regarded as having started in 1992, following the resignation of Bishop of Galway Eamon Casey, when it was revealed that he had fathered a son and was using Church funds to buy the mother's silence.

As the Church began to lose its grip on the Irish society, the media began to unveil more and more stories of sex abuse scandals.

Following the publication on the Murphy and Ryan reports, counselling services reported a significant rise in calls from victims who had never spoken of their abuse before.

Representatives of victims of abuse expressed their frustration at what they believed to be far too few court appearances and prosecutions.

Along with the Church, the Gardaí -the Irish police- and the State were also accused of covering up the scandal over the years.

The director of the One in Four victim support group, Colm O'Gorman, said "It is a huge concern that, given the resources that were provided to the Gardaí when the investigation began four years ago, it hasn't produced anything of substance."

The victims also expressed their disappointment over a past legal settlement with the religious order 'Congregation of Christian Brothers' which prevented its members from being named in the Child Abuse report.

In a statement issued following the publication of the Child Abuse Report, the Irish Bishops, headed by Cardinal Seán Brady, expressed remorse on behalf of the Church and said "we are ashamed, humbled and repentant that our people strayed so far from their Christian ideals, for this we ask forgiveness."

"The Ryan Report represents the most recent disturbing indictment of a culture that was prevalent in the Catholic Church in Ireland for far too long", said the Church statement.

Cardinal Archbishop of Dublin Desmond Connell, the only living archbishop of the four mentioned in the Report, expressed his "bitter regret that failures on my part contributed to the suffering of victims in any form."

A statement issued by the Vatican on 11 December 2009 said "The Holy Father shares the outrage, betrayal and shame felt by so many of the faithful in Ireland, and he is united with them in prayer at this difficult time in the life of the Church."

Despite the apologies issued by the Church, calls were made by the press and the public for senior members of the Irish Roman Catholic Church to resign.

The Government of Ireland apologised to victims for the failure of the State to intervene in endemic sexual abuse cases in schools for much of the 20th century.

An apology was also made by the Garda, Ireland's police. Garda Commissioner Mr Fachtna Murphy apologised because "individuals who sought assistance did not always receive the level of response or protection which any citizen in trouble is entitled to expect."

Justice Minister Dermot Ahern said sexual abuse investigations were still not closed and promised that "the persons who committed these dreadful crimes, no matter when they happened, will continue to be pursued." 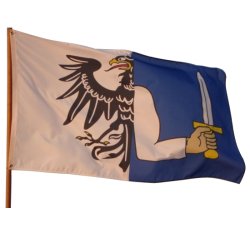