The National Asset Management Agency (NAMA) is to take over risky commercial property loans from bailed out Irish banks.

The National Asset Management Agency (NAMA) is to take over risky commercial property loans from bailed out Irish banks.

NAMA is a State asset management company created by the Government with the aim of helping the Irish economy out of the recession.

Funded by the taxpayer, NAMA will buy up to €90 billion of risky property development loans at a discount from the six Irish banks covered by the State guarantee. The Government expects that by taking bad loans off the hands of the banks, the Irish financial system will soon be back in a position where it can resume lending.

NAMA will buy the bad loans from the Irish banks at a discounted price of about two-thirds of their original market value, and in exchange the banks will be given Government bonds to sell to raise cash.

As the up to €90 billion bad loans are secured against land and property developments, it is believed that NAMA will probably become the biggest landowner in Ireland.

NAMA will hold the bad loans on property developments for a period of up to 10 years, selling them gradually so that it can recover its money.


Controversy in Ireland over NAMA

The creation of the National Asset Management Agency was announced by the Irish Government on April 2009, and a draft legislation was published on July 2009 for public consultation. Following the consultation process, the bill was passed by the Irish Parliament and Senate on November 2009 after more than 100 hours of debate.

Defended by the Government, criticised by the Opposition, and received by distrust by the public opinion, NAMA has been the a subject of controversy in both Irish politics and academia during 2009.

Critics of NAMA believe the Irish Government is over-spending public money on bailing-out the banks and that will burden future Irish generations with long term debt.

Fine Gael's Finance Spokesperson, Richard Bruton, said "taxpayers will be forced to overpay the banks for toxic developer loans. Rosy and baseless optimism about a recovery in property prices can hobble the public finances for a generation."

The Labour Party also opposed NAMA and proposed the temporary nationalisation of the banks.

Labour's Enterprise Spokesman, Ruairi Quinn, said NAMA "will be one of the most important pieces of legislation ever to have come before Dáil Eireann. There will be enormous consequences for the taxpayer if the government get it wrong."

A number of academics and economists also expressed their reservations about the NAMA strategy, stating it was a huge risk to taxpayers.

The criticisms were disputed by the coalition government and other economists, which believed NAMA would free the banks to start giving credit to businesses and homebuyers again. The architect of NAMA, economist Peter Bacon, argued that the asset management agency was preferable to nationalising the banks.

Stock markets reacted positively and shares in Bank of Ireland and AIB rose in value after draft details of NAMA were unveiled in July and September 2009.

The European Central Bank issued a statement of approval on NAMA saying that the new agency "should restore confidence in the Irish banking system", but warned that the price NAMA will pay for banks' assets should be "determined by market conditions." 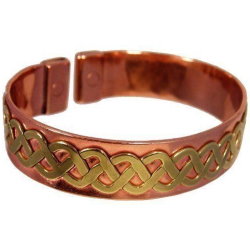