The former archbishop of Dublin has been accused by victims of clerical sex abuse of trying to prevent legal documents from being handed over to a Government inquiry.

The former archbishop of Dublin has been accused by victims of clerical sex abuse of trying to prevent legal documents from being handed over to a Government inquiry.

The Catholic Church of Ireland has been at the centre of a public controversy over the attempts of Cardinal Desmond Connell to stop legal documents from being handed over to the Commission of Inquiry into Child Abuse in the Dublin Archdiocese.

The Commission of Inquiry into Child Abuse was created by the Irish Government in 2006 to investigate the handling of claims of child abuse against paedophile priests between January 1st, 1975, and May 1st, 2004.

The controversy erupted in early February when Cardinal Desmond Connell, the former Archbishop of Dublin between 1988 and 2004, instigated court action to prevent thousands of Church documents from being examined by the inquiry into clerical sex abuse.

The documents were initially released to the Commission into Child Abuse last January 15th by the current Archbishop of Dublin Diarmuid Martin, who came into office after Cardinal Desmond Connell’s retirement.

The Cardinal tried to justify his legal move claiming that the 5,586 documents recently handed over to the Commission by his successor were either legally privileged or confidential, but his action sparked widespread national outrage and accusations of cover-up by victims of clerical child sex abuse.

Archbishop Martin admitted he was being contacted by many victims and family members who were very hurt by Cardinal Desmond Connell's unilateral court action, and announced that he would himself instruct a separate set of lawyers to represent the interests of the Dublin Archdiocese.

The dispute between the two senior prelates lasted for almost two weeks, during which many wondered who was actually speaking for the Catholic Church of Ireland.

Appearing in court on February 11th, a lawyer representing Cardinal Connell finally announced that he was dropping the legal action over the release of the Church files. Although no reason was given for the withdrawal of the litigation, it is understood that Cardinal Desmond Connell was persuaded to drop the court action after a meeting with the Primate of All Ireland, Cardinal Sean Brady, and Archbishop Diarmuid Martin.

While the decision to drop the court action was unanimously welcomed by senior Church figures and victims of abuse, the controversy brought a reminder of a time when the Catholic Church of Ireland was accused by many of being authoritarian and secretive.

The One in Four group, an organisation which represents survivors of sexual abuse, welcomed the move and hoped that the Commission could now do its work unhindered for the sake of the victims of clerical child sexual abuse.

The Primate of All Ireland, Cardinal Sean Brady, insisted that the Catholic Church remains "united and determined to get to the truth" of the abuse scandal by paedophile priests.

Archbishop Diarmuid Martin also welcomed the decision by Cardinal Desmond Connell to withdraw his legal attempt to stop the Commission from examining the Church files and renewed his commitment to “seeking the truth about the past.”

The commission is scheduled to report its findings by next September.

The row between Cardinal Connell and Archbishop Martin came right after former Marist brother Martin Meaney, 65, was jailed for two years after being found guilty of indecent assault of young children.

Mr. Meaney is the third religious brother to come before the courts over indecently assaulting young boys at St John's National School in Sligo, where four former teachers from the same primary school have already been convicted of hundreds of charges.

The Irish police believe that at least 50 boys at St John’s School were sexually abused by religious and lay teachers in a period stretching from the 1970s to the 1980s.

Hundreds of cases of sexual abuse involving Catholic Church priests were uncovered in Ireland during the 1990's. The former Archbishop of Dublin, Cardinal Desmond Connell, once admitted that clerical child abuse scandals had devastated his period as Archbishop of Dublin from 1988 to 2004. 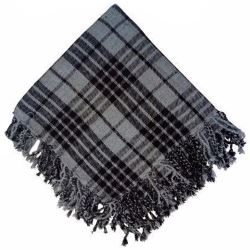 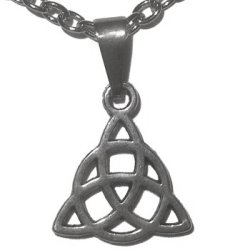