His work has been exhibited widely in Europe, USA, and as far a field as Japan and Australia. Celtic Art designer Courtney Davis is widely acclaimed as the best-known contemporary Celtic-design artist in the world. 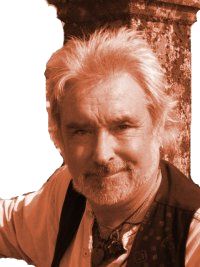 Born of Welsh, Irish and Scottish descent in 1946 in Blackwood, South Wales, Courtney Davis has built a worldwide reputation as the artist who has re-awakened the exquisite artwork of the ancient Celtic masters in a contemporary style that is uniquely his own.

For over 30 years, designs of his art have been applied to mediums such as cards, posters, fabrics, glass, jewellery, carpets and even in the form of body art. His work has been exhibited widely in Europe, the United States, and as far a field as Japan and Australia. Many of his original pieces can be located in private and institutional collections, in chapels and museums.

Entirely self-taught, Courtney's career began in the late 1960's as an engraver and designer in one of the UK's largest jewellery manufacturers, where his designs became popular and in high demand.

But his life was to change dramatically in 1974 when he had major spinal surgery and during his hospital stay he experienced a series of mystical visions. Those experiences, along with a deep feeling of personal loss following the death of his father soon afterwards, led him to begin an ever developing spiritual journey. 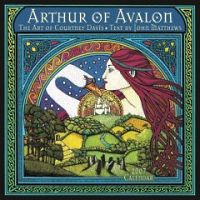 He did not return to engraving and instead began to draw, adding Celtic inspired borders to his pictures. Soon, as his art become popular he created a range of cards and prints that became ever more in demand.

Then, in 1984 he caught the imagination and spirit of the time when his work Merlin the Immortal was first published, igniting once again an interest in Arthurian legend.

Inspired, he began to create a series of black and white prints which would go on to become the book that he is most associated with, Merlin Awakens.

As he gained increasing recognition, Courtney went on to illustrate over 45 published books, such as Celtic Borders and Decoration, The Art of Celtia, The Celtic Tarot, St Patrick – A Visual Celebration and The Celtic Source Book that have become iconic Celtic Art classics.

Now acclaimed as the best-known contemporary Celtic-design artist in the world, Courtney Davis tells CelticCountries about the imagery of Celtic Art and the mystic symbolism behind his work.


CelticCountries.com: Born in Wales, of Irish and Scottish descent; ever wondered whether your family's origins inspired you to become a Celtic Art designer?

Courtney Davis: I was born on Halloween in Blackwood, South Wales. My family originated from Southern Ireland and have always myself more Irish than Welsh. When I began using Celtic designs on my work I never consciously thought of my Celtic background when using them.


When did you find yourself consciously interested in Celtic Art design, and how did you start your career as a Celtic art designer?

I was in my late twenties when I started using Celtic borders to enhance my William Blake influenced art. I began the first drawings in 1977 while taking care of my mother after my fathers death. The early pictures were full of passion and saturated with complex symbolism and messages that never seemed to truly reflect how I felt. I became fascinated with the potential of the Celtic Art style and enjoyed experimenting with the pattern work, though it was a long and laborious effort.

I was extremely lucky that when I created Merlin The Immortal it was seen by Blandford Press who were looking for a Celtic book after the success of the George Bain book by Dover. From the Celtic Art Source Book I began a succession of book commissions that have brought me up to a total of 48 books at present.

When Merlin came into my life in 1982 the Energy began to change the way I was working. Firstly, he began to impress shapes of the new picture within my heart space, then he would start to guide my pen to bring detail and life to that feeling within me and then would transform it into detail in a physical form. Lights began to touch the picture, hands rested on my shoulders and when I stood to rest they would take my hands. A finger would poke me in the back and the lights would stop if I decided to add an idea of his own, once the idea was removed the lights and direction would restart. I was taught to trust the flow of Merlin’s guidance and even when a picture seemed like it was going nowhere or my life was going through major collapse his laughter helped me create my art each day and joyful experience while we worked together. These first images were in black & white, and colours were introduced after a year or so. 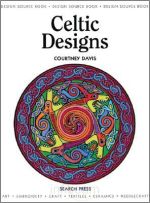 You are often credited to be the artist who has re-awakened the artwork of the ancient Celtic masters in a contemporary style that is uniquely his own...

I guess my success has been that I have always tried to experiment with the art and was lucky to be able to mix art styles in some of my early books. I was later commissioned to work on book themes that needed me to re-create historic artefacts. I was pleased to have been asked by the British Library to demonstrate my art while the Art Of Matter exhibition was running and I saw for the first time since starting my art the quality and detail of the early Gospel books and the church metalwork. If I had known of the complexity and skill of the old masters then I think I might not have gone down the Celtic route at all. I believe firmly that the same energy that touched the craftsmen 13 centuries ago, is very much with us today and it is inspiring the spirituality movement today. You can call it Merlin or the Celtic Spirit but I have seen the same signatures of their presence in other spiritual movements as well. People talk about big changes in consciousness in a few years time and I see that growing awareness is very much with us now. My own awakening workshops in September showing the growing awareness in people that not everything is the way we think it is.

Merlin The Immortal came out in the early days of the New Age in the UK, and I painted many New Age music covers around this time. I think that people started looking beyond religion as their spirituality couldn't be confined within dogma. Merlin showed us our connection between the heaven state within and our connection with the earth and its realms, the Ley lines that criss cross the landscape and powerful energy centres such as Stonehenge. Sir George Trevellyan, a great New Age teacher at the time, kindly wrote the foreword.


You are a very spiritual person; who is Merlin, and how would you describe what Merlin brings to your life?

I was totally unaware spiritually before my first spine operation that triggered all of this off. The journey hasn't been a smooth one but from each hurdle you overcome you begin to see how far you have come. In 2008 there was a series of experiences brought on through the Merlin energy that I can only describe as the world falling away and I started to get glimpses of the world through different eyes. This has continued and is with me most of the time now. With this change in consciousness I can only put it by saying that Courtney was being impressed to start workshops and give healing, and this is a challenge for after 30 years of communicating with art he now as to do it with words. One of the weirdest occurrences is that each time Courtney finishes a book the knowledge he gained is wiped clean, this leaves him with no preconceived ideas now when he works and the need to totally trust that the words will come.


What projects are you involved in at present?

CourtneyDavisJewelry.com is a project that I have been working on and is very special to me. I now work exclusively with Bibianna Ltd. Jewellery to create my jewellery line and it turned out great. So far we have over 30 styles available and we have new styles being made every few weeks, so we are always growing. The pieces are absolutely beautiful, the detail and quality are amazing. Its a very exciting time at the moment product wise, Poetic Earth are doing very well with a range of Courtney Davis leather journals, Awen Publishing. It has just been launched in the UK to manufacture and sell my cards and prints. The Celtic Tarot is being turned into an Ap for the new Apple iPad and I will then start turning the out of print books into the same format. Over the years countless people have contacted me about their experiences with my art as portals into other worlds and for healing.


Many young talented Celtic Art designers would love to earn a living through artwork design, stone carving, etc. What would be your advice to them?

It's all about being, if being means creating art you need to put away preconceived ideas of the project, listen and go with the flow letting the art create itself. Its already created in the ether you are bring it into the physical world.

I believe that if you are a potter living in a village of potters you will still be in abundance as long as you are coming from your being state, living abundance. Who knows, maybe Merlin will rest his hands on your shoulders and guide your hand. I was totally self taught and no letters after my name, but I listened and walked the path that was set out for me and that's how true magic happens.

[Books by Courtney Davis] For the past 25 years, Courtney Davis has been one of the leading experts in Celtic art, and he's been involved in the publication of over 45 books, including Celtic Borders and Decoration, The Art of Celtia, The Celtic Tarot, St Patrick – A Visual Celebration and The Celtic Source Book.
Buy them from Europe..»

Buy them from North America..» 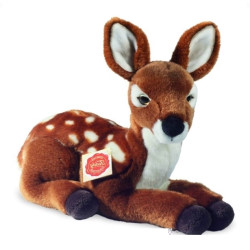 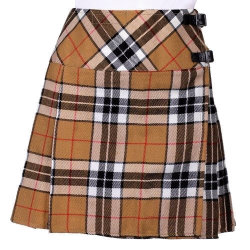