Scotch Whisky, a Scottish cultural icon recognised the world over 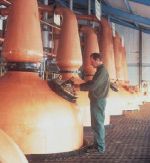 Few would venture to assert the precise moment at which Scotch Whisky was first distilled. The exact origins of distilling are obscure, and it is unclear precisely when the techniques first reached Britain’s shores. What is certain is that the Ancient Celts practised the art of distilling, and had an expressive name for the fiery liquid they produced - uisge beatha - the water of life.

Throughout the centuries, Whisky (the name of which evolved from the Gaelic uisge beatha) has become inextricably woven into the fabric of Scotland’s history, culture and customs. It became an intrinsic part of Scottish life - a reviver and stimulant during the long, cold winters, and a feature of social life, a welcome to be offered to guests upon arrival at their destinations.

Today, Scotch Whisky is the world's leading spirit drink. It is exported to about 200 different markets all over the world and outsells every other noble spirit in world markets. As the country’s most consistently successful export, Scotch Whisky makes a substantial net contribution to Scotland's foreign exchange earnings and to companies’ profits.


The economic impact of the production of Scotch Whisky in Scotland

The Whisky industry plays a vital role in Scotland's economy. Spirits production in Scotland not only employs directly more than 10,000 people, but also creates a large amount of employment in suppliers of goods and services, and the incomes earned in the industry and in its supplier firms create further employment as they are spent.

In the year 2000, around 41,000 Scottish jobs depended on the production of Scotch Whisky. Just over 9,500 are employed directly in Scotch Whisky production in Scotland, with a further 20,000 Scottish jobs in businesses which supply goods and services to Scotch Whisky companies. The processes of blending, packaging and distribution create even more jobs than distillation: the industry relies heavily on local suppliers with 68% of the industry’s expenditure on goods and services being made with companies based in Scotland. The largest element of spending - 33% of Scottish input purchases - is on packaging and bottles. Further income and employment is generated as incomes created within the economy both directly and indirectly are spent. It has been estimated that this induced impact created around 11,500 jobs in Scotland.

The estimated total impact of Scotch Whisky production in the year 2000 highlights that over £800 million of income (principally wages and salaries) was generated in Scotland. Current and capital expenditure by the industry in the year 2000 was £689.72 million in Scotland as a whole.

The industry is also an important contributor to the public purse with more than £1.6 billion in excise duty and VAT contributions paid annually to the Exchequer. Scotch Whisky is also one of the UK’s top five export earning manufacturing industries, contributing in excess of £2 billion a year to the balance of trade.

2001 was a record-breaking year for Scotch Whisky as exports topped 1 billion bottles for the first time ever. Ian Good, Chairman of The Scotch Whisky Association said it had been a good year for the industry: "One billion bottles to over 200 markets worldwide is a feat that both the industry and the country can be proud of. Scotland is a tiny nation, yet we produce a spirit of such prestige that it is enjoyed in even the most far-flung corners of the globe. 2001 was a record-breaking year that showed the world’s love affair with Scotch is stronger than ever. Not only is this good news for the industry, but also for the jobs that depend upon it and the nation’s balance of payments". 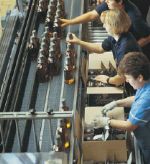 In recent years there has been a considerable expansion in Scotland of the production of gin and vodka - indeed, in excess of 70% of UK gin and vodka comes off bottling lines in Scotland. This growth is a consequence of the existence of the Scotch Whisky industry: major companies have consolidated much of their spirits production activity in Scotland because the existence of the whisky industry has created the necessary infrastructure including production facilities and bottling capacity. Without these local advantages, other spirit production would have been less encouraged to relocate to Scotland.


Overall impact of the production of the Scottish spirit industry

A summary of the total impact of production of Scotch Whisky, gin and vodka in Scotland on the Scottish economy shows that the spirits industry in Scotland in 2000 generated income of £857 million and 43,000 jobs in Scotland, and accounted for 20% of employment in the whole Scottish Food and Drink sector.

Of the estimated population of 5,119,200 in Scotland at mid-1999, approximately 28% live in communities of less than 10,000 people - the Scottish Executive’s definition of a rural area. Employment in many rural sectors is in decline; the traditional industries, which are the mainstay of rural life face a particular challenge.

The production of Scotch Whisky makes an important contribution to the economy of rural Scotland. The Scotch Whisky industry is linked to the prosperity of some of the most economically fragile parts of Scotland, partly due to the direct and indirect employment that it provides in rural locations and its use of cereals, but also through close links with the tourism industry.

Almost 3,000 people are employed in spirits production in rural areas of Scotland. Wages and salaries to those employees were £75.50m in 2000. Purchases of cereals by the industry support a further 2,000 jobs in rural Scotland. The close link between spirits production and the agriculture community is shown by the distilling industry’s purchase of over £90m worth of cereals from Scottish suppliers.

Scotch Whisky distilleries play an important role in welcoming tourists to Scotland. Many a tourist to Scotland includes at least one distillery in their itinerary. No two distilleries are the same: some distilleries cater specifically for visitors, with custom-built visitor centres, museums, cafes or conference facilities, while others are more low key. Around forty of the distilleries open their doors to the public, receiving around one million visitors a year between them.

When account is taken of the effects of the spending of the incomes earned by people employed in spirits production in rural Scotland and by those whose jobs depend upon supplying the industry, it is estimated that over 7,000 jobs in rural Scotland depend upon Scotch Whisky production. Rural communities continue to survive because of the contribution Scotch Whisky makes to their economy.


Article extracted from "The Economic Impact of the Production of Scotch Whisky, Gin and Vodka in Scotland" © 2003 The Scotch Whisky Association 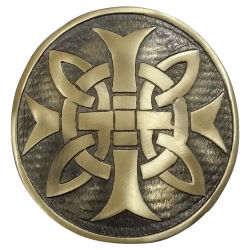