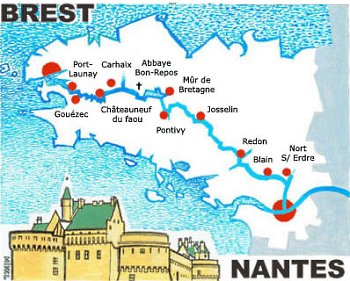 The Nantes-Brest Canal is a 364 km long waterway connecting the city of Brest, on the west of Brittany, to the city of Nantes in the south east. 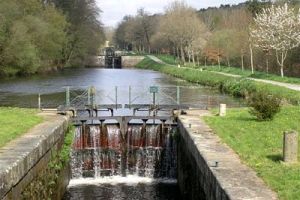 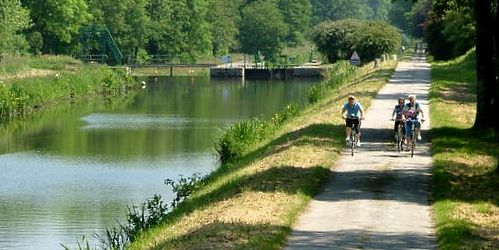 It attracts cyclists, hikers, canoeists, anglers and nature lovers. It is the most popular attraction on Central Brittany, a sleepy region with a slow pace of life, often considered to be the country's backyard.

The Nantes-Brest Canal links the cities of Nantes and Brest through inland Brittany. Built in the 19th century, it became the country's largest civil engineering work with a total canal length of 364 km from coast to coast, 238 locks over the course of eight rivers, and 184 metres above sea level at its highest point.

The construction of the Nantes-Brest Canal started officially in 1811, but the history of the waterway actually goes back to the 16th century. The Estates of Brittany, the provincial government in Old Regime France, built the first canal linking Rennes to the Bay of Biscay in 1585, but their plans for further canals across inland Brittany had to be shelved because of French wars in Europe and lack of funding.

That all changed in 1784 when the British fleet blockaded the port of Brest, France's strategic military base in western Brittany. For many decades prior to the blockade, French merchant vessels sailing from Nantes to Brest were regularly attacked by British warships. Transporting supplies and military equipment by road across Brittany was too slow and costly, so French emperor Napoleon finally agreed to build a safe inland corridor between France's two largest military ports on the Atlantic. 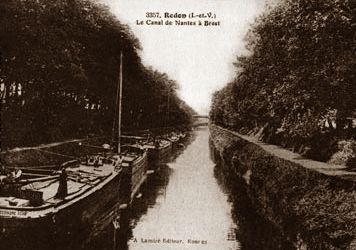 Construction started in 1811 but progress was slow due to war shortages and internal political turmoil in France. The project went well over budget and much of the canal's subsidiary work, such as quays and roads, were never started. When the canal was officially opened by Napoleon III in 1852, France and Great Britain were no longer enemies but allies. The canal, built at great expense for military purposes, was never used by the military.

Yet the waterway enjoyed a brief period of prosperity as tonnes of coal, slate and other freight moved across Central Brittany. Whilst all this trade was happening, railways and new roads were being built all over Europe and Brittany and water haulage soon became a thing of the past. No longer used for freight, in 1923 the waterway was cut and dammed at Lake Guerlédan to create Brittany's largest reservoir. 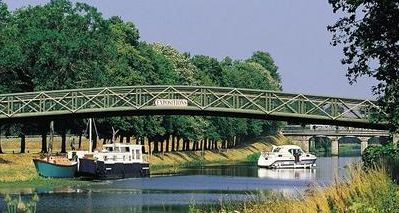 Most parts of the canal started to fall into decay until in 1989 it was devolved to Région Bretagne, Brittany's regional government. Improvement works worth €10 million were undertaken by the Breton government and now the canal, 200 years on, is once again inland Brittany's proud waterway.

Holidays on the Nantes-Brest Canal

The Canal provides a unique way to see a different, lesser known part of Brittany. A Canal holiday allows you to journey through the country, taking in the landscape and some of Brittany's history as you go. Or you might choose a holiday cottage or campsite as a base for exploring along the canals on foot or by bike.

Cycling the Nantes-Brest Canal towpath is the perfect way to keep the whole family fit and healthy. There's nothing quite as invigorating or stress relieving as getting on a bike and cycling through the beautiful countryside. Almost 400km of towpath has been restored with the cyclist in mind - it's safe, traffic free, pollution free and an ideal route for cyclists of all levels. 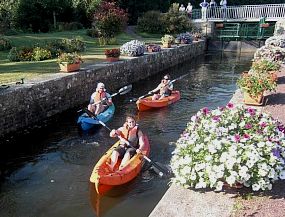 The Canal towpath makes for an excellent walk suitable for all ages. Of course you don't have to trek its full length in order to appreciate the scenic beauty and abundance of wildlife. A short stroll or even a jog along any stretch of the towpath will allow you to experience the serenity of canal life while getting a healthy workout at the same time.

Paddle from coast to coast or spend the day exploring a short stretch of the Canal. The flat water of the Nantes-Brest Canal is a popular spot for paddlesports and with new facilities and improved canal banks, is ideal for beginners or enthusiasts alike.

Get started with a spot of canal fishing. Pike, carp, black bass, and bream are the most common species throughout the canal, and can easily be caught using maggots, pinkies, worms or bread as hookbait. Great beginners' fishing experience.

Canal barges and boats can be hired at a number of locations. Since Lake Guerlédan was dammed in 1923 it is no longer possible to navigate the whole length of the Canal by boat. The fully navigable parts of the Canal are from Nantes to Pontivy, and from Carhaix to Brest.

The Canal is a great location for all sorts of events. Town festivals, cycling tours, wildlife walks and family days out. Join in with great seasonal activities and events along the canal and get involved in activities on and off the water. 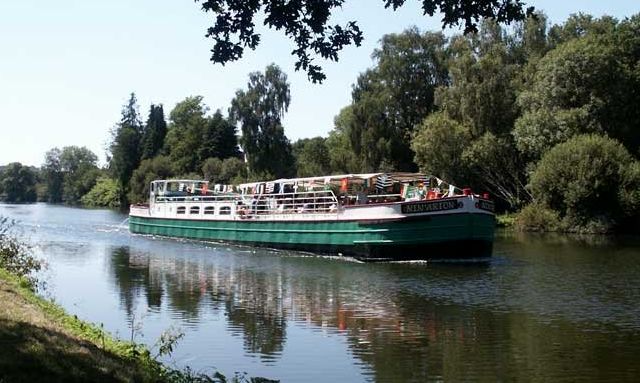 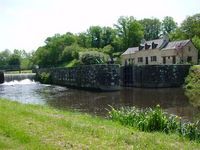 The Canal's old lockhouses have been restored and transformed into visitor centres (Centre d'Interprétation). Visitors can tour inside the lockhouses, learn local history, and discover the flora and fauna of the Canal.

Fauna: Centre d'Interprétation de la Faune du Canal (L'Aulne) The Canal is a valuable and important habitat for many different species of fish, birds and mammals. L'Aulne lockhouse hosts a visitor centre which provides information about the Canal and its fauna.

Flora: Centre d'Interprétation de la Flore du Canal (Carhaix) More than 7,000 tall trees flank the Canal townpath. At Carhaix lockhouse you will find interesting facts about the flora that can be found in the Canal.

Life in the lockhouse: Centre d'Interprétation de la Vie Éclusière (Rosvéguen) Rosvéguen Lockhouse is an important site on the Nantes-Brest Canal. A visitor to the site can capture the life of a lock keeper and the lightermen who operated the locks on the canal in its heyday.

Underwater Viewing Room: L’Observatoire Aquatique (Châteaulin) At Châteaulin's canal lock, the underwater viewing room is a wonderful way to see the canal's fauna without having to go swimming or get wet.

The towns along the Canal

Starting from Nantes, Brittany's historic capital city, the Canal follows the river Erdre on a relatively flat course to Redon, where the canal crosses the River Vilaine.

From Redon the canal follows the River Oust through Malestroit, Josselin, home to one of Brittany's most famous medieval castles, and the small town of Rohan.

The canal changes to the River Blavet at Pontivy, one of Brittany's most beautiful historic towns, which also has a famous Renaissance castle classed as National Monument. 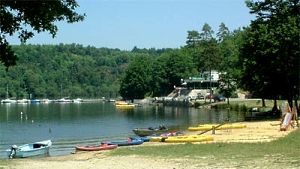 From Gouarec the canal follows the River Doré and begins its climb up to Glomel, the highest point on the canal at 184 metres above sea level. From there, the canal descends towards the bay of Brest along the rivers Kergoat, Hyère and Aulne.

Carhaix-Plouguer is a dynamic town which holds the Vieilles Charrues Festival every summer, one of the Europe's largest music events attended by more than 200,000 people. 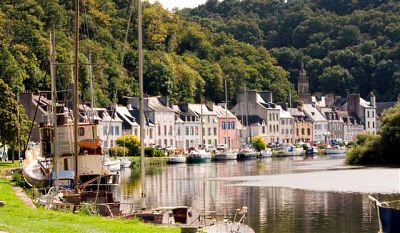 Built on a hill overlooking the canal, Châteauneuf-du-Faou is a popular base to tour the Monts d'Arrée and Montagnes Noires hills on the Finistère region. The Pardon at Notre-Dame-des-Portes at the end of August is one of the most popular in Brittany.

Châteaulin and Port Launay are two pleasant canal towns at the end of the canal, which meets the sea at the Guily-Glaz maritime lock. 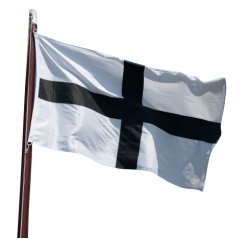 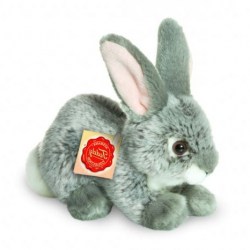 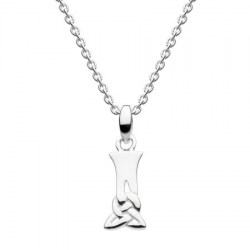